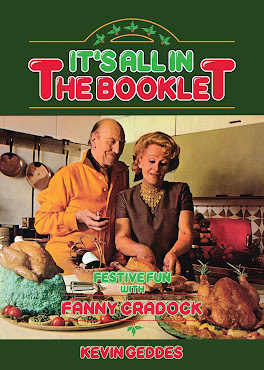 Christmas books are legion. In the dark evenings of December, I do love to browse through a few seasonal reads, but I'm fussy and not one to go back time and time again to The Snowman or A Christmas Carol, genius though they both are. Rather, I like a bit of spice to my festive reading and some zesty acidity too - the cloying, sugariness of 'Olde-Worlde Nostalgia' just doesn't cut it for me. So what follows are some recent favourites of mine, which I hope might provide inspiration for stocking fillers or just some personal entertainment for you.
Where better to begin on these darkling days than with the light that is so beautifully portrayed in Carson Ellis' illustrations for the equally luminescent words of Susan Cooper's The Shortest Day? Throughout, the spreads track the 'Stations of the Sun' both from day to night and from then on into the new day, and from late summer to mid-winter, the golden haze of the year 'dying' and the ice-cold brilliance of winter light. The old traditions of this time of the year are portrayed as something that is in our blood - these are the ways of our ancestors - and both words and pictures make these threads between the past and the present strongly felt: "Through all the frosty ages, you can hear them/Echoing, behind us - listen!"

It is these very echoes that answer in Sally Nicholls' latest installment in her time-travel series for younger readers, A Christmas In Time. When Alex and Ruby look through a magic mirror in Aunt Joanna's house, they meet a distant Victorian relative. Their charge is to ensure their cousin, Edith, is not sent away to the charity school that they know all too well from their own time by its terrible renown. Witty dialogue, and sharp characterisation (especially of the very lovable Alex and Ruby) sets this novel apart, and the twisty paradoxes time-travel are deftly drawn with a light touch. Ruby, at the end of the story, re-considers the 'tacky and plasticky' tinsel of modern times with distaste, and reflects on her time-travelling adventure in Victorian times: "[...] that was definitely Christmas'. The bracing visions of Christmases Past in the Cooper/Ellis and the Nicholls certainly provide a different slant (and for some, like me, a much needed one!) on the traditionally cosy festive tale.

The British Library continue to amaze with their prolific series, 'Tales of the Weird'. This year, they have republished (thank goodness!) a generous collection of Vernon Lee's supernatural yarns, a fine quartet of the best of Algernon Blackwood, not to mention the irresistible  'Killer Tales of the Botanical Gothic'. But as it's Christmas, I must highlight last year's offering, Spirits of the Season, and its 2020 follow-up, Chill Tidings. Each contains a superb selection of Victorian, Edwardian and mid-twentieth century spook stories, perfect for reading aloud by a crackling fire, or indulgently to yourself while the rest of the family gorge elsewhere on festive editions of 'Strictly' and 'Bake off'). Of the two, Spirits of the Season probably has the edge for me - containing as it does my favourite Christmas ghost story of all: Lucky's Grove by H.R. Wakefield, which frankly defies all belief in its chaotic mixing of Victoriana with Norse mythology - but ghost stories are a fine tradition for this time of year, so I warmly recommend both titles to send a pleasing terror your way this Yuletide!

Finally turning to the (necessary) indulgences of Christmas, and specifically to the Christmases Just-Past of the nineteen-sixties and -seventies, many will consider the redoubtable Fanny Cradock a stalwart of the season. (And if you don't, then I urge you to get straight on to iPlayer to watch the five short programmes she made about preparing your 'Christmas buffet'.) Kevin Geddes, he of @KeepCalmFannyOn, has done all of us a huge favour by re-inventing Fanny's now rare-as-hen's-teeth booklet accompanying the series in It's All in the Booklet. Now we can all gawp in astonishment at the green (yes, green) duchess potatoes, sigh with relief that - unlike 'pa' - we needn't sweat any more over the carving of the bird, and raise a doubtful eyebrow at the so-called 'baveuse' texture of Fanny's mincemeat omelette. Gedde's wonderful (and often hilarious) little volume ('it's actually more of a book') has the look of a 70s original with its lurid colour photography, and certainly promises to be an annual re-read for me. But, as Fanny would say, just don't tell those 'nasty neighbours' that you've finally got a copy.
Happy Christmas reading!